Ready to get back on the ice, the varsity hockey team comes back for another successful year 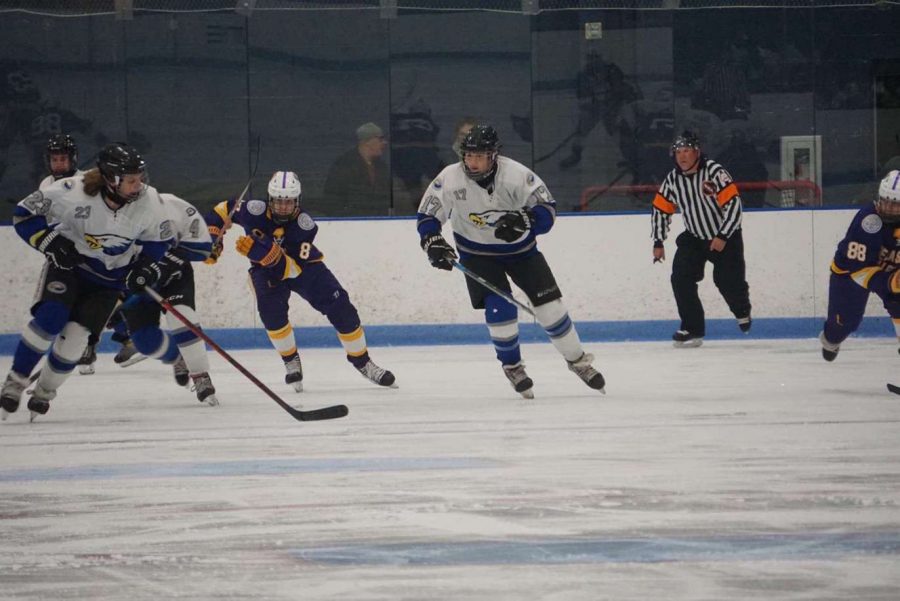 The varsity hockey team plays against Rochester High School at the Onyx in hopes of starting their season off with a win.

Ready to get back on the ice again. The 2022 Hockey team is trying to have another successful year.

Former junior varsity hockey player, Evan Hayes rejoined the team on November 1st when tryouts were taking place at 4:15pm at Suburban Ice Macomb. “I’ve been playing hockey since I was nine, and I really look up to Carey Price,” Hayes said.

Another former player will be returning back to the ice, senior Alex Rekar who was previously on the team. “I can’t wait to see the fans cheering us on,” Rekar said. “I’m very confident about this year, since I’ve been playing since sophomore year.”

Coach Hall is hoping this season will be back to normal since COVID for all of his returning and new hockey players. The coach and players are hoping to compete with the top schools and hopefully win a Regional and state title. “We always have high expectations for our players, both on and off the ice,” Hall said. “Each year we work on and strive to be the best.”

The first varsity hockey game took place on November 20 at the Onyx Ice Arena, where they’ll be versing Rochester High School Varsity hockey team, finishing with a score 4-6,” Hall said. “Each year we are working to strive our hardest.”