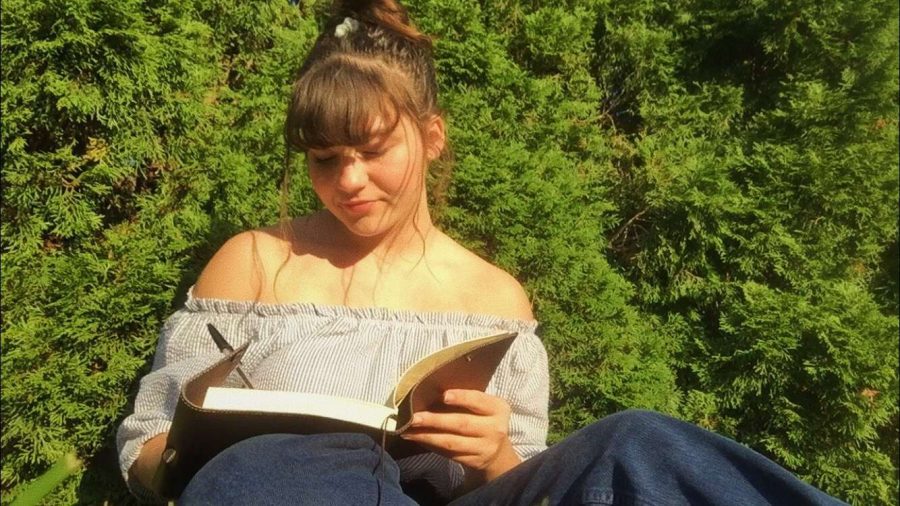 In a time where putting one’s passion into the world can be terrifying, self-made writer, junior Jordyn Holfield went against the grain and wrote her own poetry book, “Life in color.”

“While writing the book, it honestly felt kind of useless and a waste of time to me,” Holfield said. “At first it felt useless because it felt like no one was gonna care about it but me and my friends. I realized that it was going to be an accomplishment for myself and my own validation.”

Before summer started, Holfield wrote as a coping mechanism for “overwhelming and internal conflicts” she faced. A friend encouraged her to make “Life in color” to see where her writing skills could go.

“I already had a lot of poems I’d written over the year, so I just compiled those, did some tweaking— I mean, there was a lot of them— I’d say about 40 about past experiences, stuff in the present and crushes I had or childhood experiences,” Holfield said.

During the writing process she faced challenges, including writers block; yet, she kept going because she realized that it is important to do this for herself, and there is a light at the end of the tunnel.

“After time went on while writing, I now feel super proud of myself,” Holfield said. “I’m glad that I worked through all of the frustration of the writing process.”

Holfield’s book is self-published and available to purchase for $13.00 through contacting her and is in the process of being printed. While sharing her personal pieces challenged Holfield, she encourages writers to show their writing and be more open as it provides confidence to release their work to the public.

“I know that I’m really lucky to have the types of friends that pushed me to put out my book,” Holfield said. “Not everyone has that, but I think if you’re passionate about it, you should just go for it.”